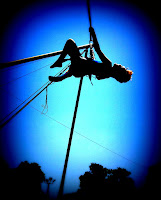 I was visiting a friend of mine the other day and while I was at her home a young man (a ghost) in his early twenties came up to me. We were sitting in her dinning room and he just started talking about his life. I stopped my conversation with my friend as it was hard to hear her over him. She and I have been friends for a long time so she understood when I told her that we had a visitor.

I addressed him and asked him to go on as it seemed that he needed to say something important. He then looked at me in a funny way and stopped what he was saying only to gaze at me as if it finally registered that I could hear and see him. Then he became shy and his image started to scramble and he left the room. I then continued my conversation with my friend since he was gone.

Later last night I was sitting in my living room enjoying watching "House of Cards" with my son. My son who is in film school was explaining the dynamics of the plot and while we were watching a women (ghost) walked up to me from the side. This was my time with my son so I didn't acknowledge her. She then came as close to me as possible without touching me. When that didn't get my attention she went right though me. It tickled and I told her to come back another time as that was my time with my son. She didn't come back.  I am still working on boundaries.


Photograph 1 by Becca
Photograph 2 by Steve Noyce
Posted by Ana at 4:53 PM