I was visiting the other day with a dear friend of mine and one of our adventures together was brought up as we revisited the past. This is one of my friends who I know I can call when can't see my way out of a storm. On that particular occasion I was needing help moving some things out of a space and she volunteered to help me. This was some years ago. The place was a church which had been having some activity at that time. On top of that we ended up having to go in the late evening because of syncing up schedules. 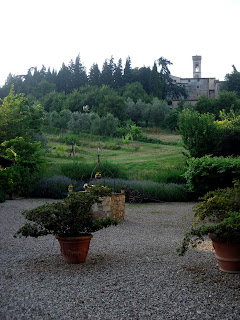 As it happened I was also grieving so I didn't think about our energy affecting what was going on around us. It took everything I had to keep focused on the task ahead. My friend who hears the other side discovered that she had multiple talents that evening when we went to engage in our task. I don't remember a whole lot of what was going on just moving things and getting really strange looks from my friend who seemed to be really uncomfortable. She was just wanting to help me and trying to get the project over with so we could go home.

It was later that she confided in me that when we went into the church she could hear the voices of children talking in the atrium. Then my sadness started attracting all kinds of attention from the other side who were hungry for that kind of lower level energy so when they found the source they tried to jump on me only to slide off. When they couldn't get to me they saw her and started to jump onto her as her fear of them started to come up from watching them around me. Ghosts and entities came out of nowhere. Because I was trying to stay focused on what I was doing the only thing I noticed that evening was a large dark black smokey mass passing the door in the hallway several times only to pause long enough to look in. Each time I saw it I threw out golden light energy towards the door and it would move on. When it did I went back into my grief and what I was doing.

We did finish the move and my friend told me what had happened after we left. It was much later when I asked my angel guides why the ghosts didn't attach themselves to me since it was my energy attracting them. They explained that I had completely shut down in my own grief and when I did, it closed my energy fields creating a barrier between them and me. My friend who witnessed it all didn't know what was going on and she was thrown into the thick of it. Because I was preoccupied with my own sadness I didn't see or help her. She was also blindsided and hadn't protected herself as our intention was to tackle a project which had nothing to do with ghosts. After we left she ended up taking some visitors home. Later we had to clear her and her home. 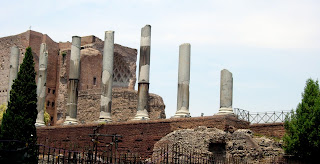 The reason I tell this story is that it explains a lot about our emotional energy attracting the other side and how important it is to be mindful of our own energy as our energy affects what comes into our lives. With this knowledge we also know we were not created to live with our all of our fields closed down as I had done when I was grieving. Even though it protected me during that time it also shut me in with my energy and anything else that was trapped inside it with me. This stops the natural process of letting things go so that we can move on. We as energy and physical beings were created to be open as all energy flows in and out as it moves through us to keep our bodies and souls healthy. The practice of learning how to be in the higher energy fields allow us to be invisible to the lower energy beings who can't find us when we are in the higher realms.

The other part of this story is that it is always good to also learn to protect ourselves when we are in those lower energy states so that we don't attract the lower energy side and don't expose others to that kind of torment. With the protection we don't shut our energy fields off but have a safe space to still release what needs to be let go of.

Photographs by Steve Noyce - Italy
Posted by Ana at 4:25 PM