It was a busy weekend. Jodi Lovoi a dear friend of mine invited me to attend her weekend Akashic Class. I was delighted as I always enjoy being around people and the lovely energy of the environment. Saturday was fun as we went through the curriculum of the class and later had dinner discussing the day. That night I went home to be very satisfied and happy but awoke at 3 am with my heart pounding. Then my angel guide stepped in as I felt the energy move across my energy field. At that very moment I understood that the ghost animals in the house and were needing to be crossed over into the light. Immediately after this awareness hit me my angels guides began the process of crossing animals that were ready to go. 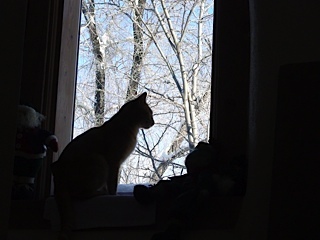 Golden white light filled my head startling me so that I couldn't help but open my eyes to check to see if my husband had gotten up and turned on the light. Once I saw that the room was dark I closed my eyes again letting the light absorb me as the angels opened up the energy. They swept through the house clearing it finding the lost souls of animals that were hiding. The whole event went rather fast as the angels were scooping them up or calling to them and then sending them on into the light. I was then aware of the animal ghost that I had seen running through the house last week that hit the back door only to bounce off and run the other direction was one of them.

After it was all over the blinding light faded out and I was again in the dark. Laying there thinking I began to feel guilty that I wasn't attuned to the ghosts animals that needed my help. The light and the angels didn't place that on me I placed that on myself. As I laid there I couldn't shake it off so I got up to write some emails to get my mind settled on something else. Around 4:30 am I was able to go back to bed falling asleep. 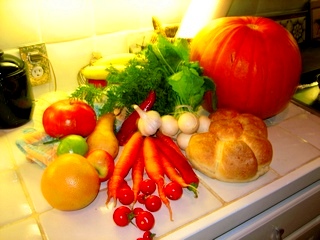 Sunday I went back for the second half of the class and was able to release the block with the help of my friend in her Akashic Records class. Before that I was feeling so guilt ridden that she lead me through a process to find the root of my energy block that went beyond the animals in the house. It worked! After we finished I felt light and free again. It was also during the class that that my dad came to visit who had passed away in 2009. I was able to talk to him and ended up chatting with him while the students in the room where working in their records. My friend happened to look over at me smiling then asking me who I was talking to. I laughed and shared what we were talking about. My dad hung around for a little while then said his goodbyes and left.

When the class was over I still felt very light and free from all the guilt that I had placed on myself. I also felt clear again and extremely grateful that my friend had invited me to her class for the weekend. Last night I slept without interruption. It was great!

Photographs by Angelique
Posted by Ana at 4:09 AM